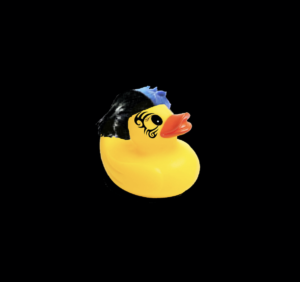 A car crash that you just can’t look away from, The Batsh*t Crazy Variety Show is the product of literal on-air improvisation, making the show up as we go (for better or for worse.) If the ambient drone music played at the Cobb Cafe became a person with their own show, I’d like to believe that this would be what it’d look/sound like. While our first episode might boast the reputation of being the most hard to listen to hour of programming, we hope to turn this space into one where DIY and local artists can share their work, broadening their listener base and our sonic palette. Or more accurately, I just play a bunch of music on the fly bc I don’t know what I’m doing

Past sketches have included guided meditation, live music, making songs about random concepts such as asking for help, and more!

Episode 5: The Bat SICK Variety Hour, or alternatively, The Episode Where I’m Super Sick and Actually Feel Like I’m Dying

Episode 4: Technical Difficulties, Being Stupid, and My Dog Wally

Episode 3: Songs to Have Nervous Breakdowns to, or alternatively, a Completely Improvised Show (As if the other’s weren’t)

Episode 2: Mother’s Day (We’re getting the hang of this)

Episode 1: The Worst Radio Debut Ever

No Link is Available because it was truly the worst Debut Show Ever, you’ll have to meet me behind the Hotel Sophie late on a Tuesday night and say the secret phrase to hear it >:)

And most importantly, here is our very own theme song (production and songwriting credits go to Boss Hog Michael)