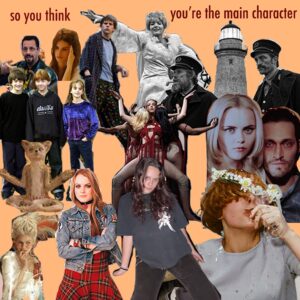 Film and music seem to work hand in hand. Hosted by Alex Leemann, the show will explore niche aspects of certain films through the medium of consolidated playlists to express certain moods. Depending on the week, a film/director/character within a cinematic world will be focused on and spoken about while a carefully curated playlist is played. Relying on both actual information and speculative imagination, each week will seek to personify and niche-ify certain areas of film and music. For example, have you ever wondered what songs Lindsay Lohan’s character in Freaky Friday would have on her iPod shuffle? Or perhaps you’ve listened to certain songs and thought they would fit perfectly in Portrait of a Lady on Fire…. if it had a soundtrack? If so, Alex’s show will curate to your musical and cinematic needs. Join her on Tuesdays at 4 pm on Midwave!